Suggested for Pre-K–K and Family Programming

“Shadow Play is virtually wordless. But like a silent-film classic, it more than compensates with physical comedy and visual magic…young theatergoers may be transported for hours.” – Laurel Graeber, New York Times

Have you ever wondered what happens to your shadow when you go to sleep? It turns out that some shadows are more mischievous than others. Soon after moving into his new home, Flash discovers that his shadow has moving plans of his own. Follow Flash on a quest to bring his shadow home in this playful production that utilizes stunning animation, video production and an original score to create a highly sensory, multi-media experience.  Created specifically for the developmental stages of the 2-5 year old audience, the show encourages interaction between audience and performer, working together throughout the narrative.

Shadow Play was originally developed for audiences 2-5 years old, and their families.  The show has delighted preschool and kindergarten audiences and has enchanted public audiences of all ages 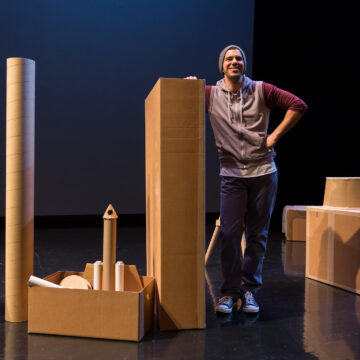 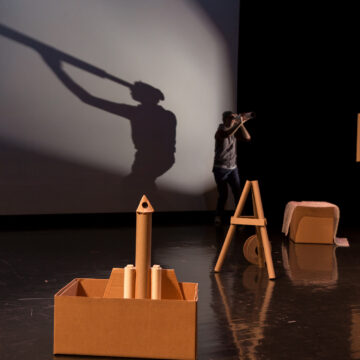 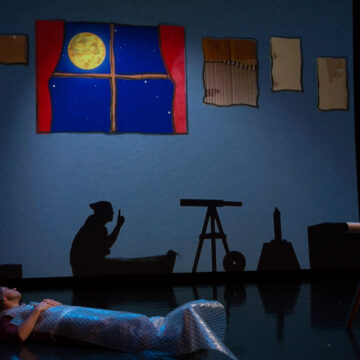 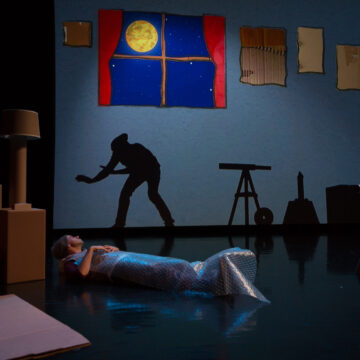 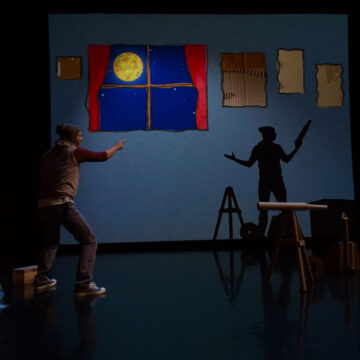 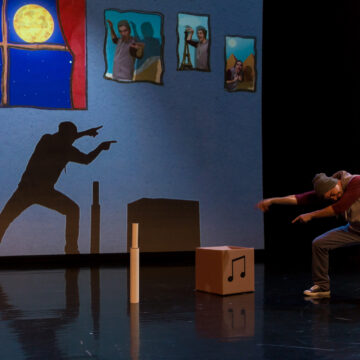 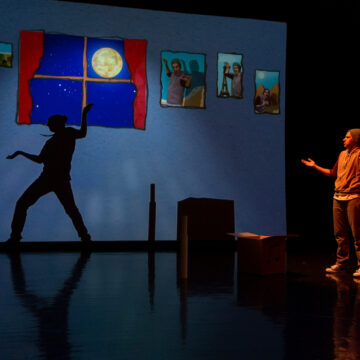 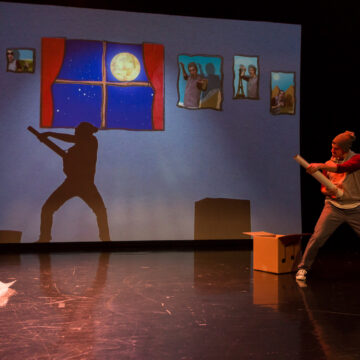