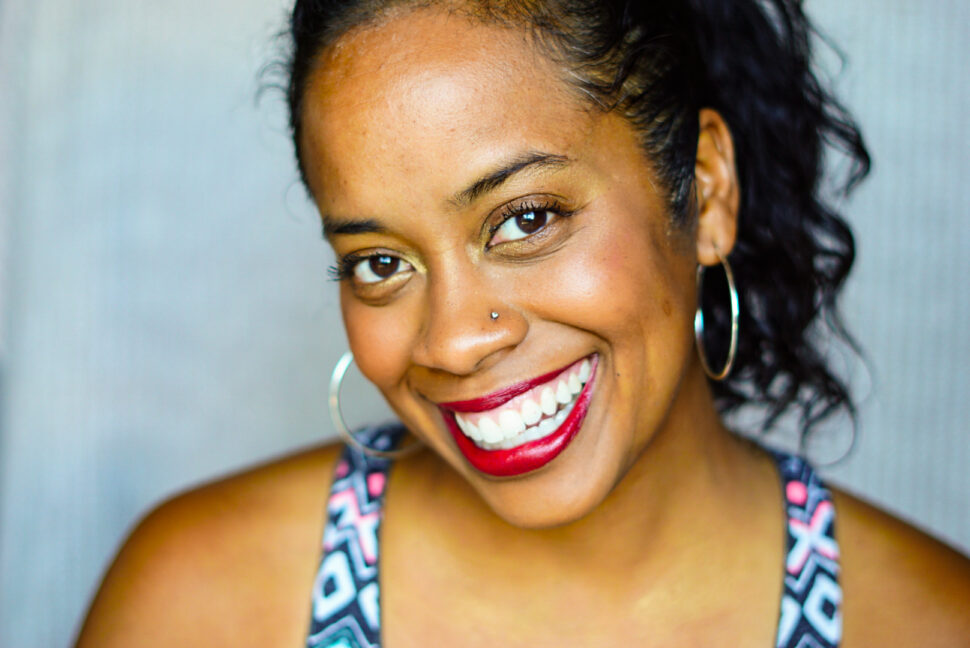 Liner Notes: Music of The Movement

Grades 9 & up & Families of All Ages
In-Person

All The Way Live!

Paige is a multifaceted artist, who is known for her innovative fusion of poetry, hip hop, dance and education.

Paige tours throughout the country with her children’s shows Havana Hop and All the Way Live!, her solo show, Paige in Full: A B-girl’s Visual Mixtape, and with Liner Notes: Music of The Movement featuring Paige Hernandez, Baye Harrell, Akua Allrich and Kris Funn’s Corner Store Jazz Quintet.

As a master teaching artist, Paige has taught throughout the country, to all ages, in all disciplines. To date, she has reached approx. 20,000 students, from Pre-K through college, in over 150 residencies, workshops and performances. She has been recognized in many organizations including the Wolf Trap Institute for Early Learning through the Arts and Arena Stage where she was awarded the Thomas Fichandler award for exceptional promise in theater education. The Huffington Post also named Paige a “classroom hero” because of her outstanding arts integration and work with STEAM initiatives.

Paige is a proud member of Actors Equity Association and has performed on many stages throughout the country including DC: Arena Stage, Folger Theatre, The Kennedy Center , Fulton Theatre (PA), Ohio Theatre (NY), Manship Theatre (LA), Paramount Theatre (TX), Cleveland Playhouse (OH) and many others. She has collaborated with The Lincoln Center (NY) and was commissioned by the National New Play Network in 2012.

As a critically acclaimed dancer, Paige’s choreography has been seen all over the world most notably in Imagination Stage’s Zomo The Rabbit (Helen Hayes Nomination), P.Nokio: A Hip hop Musical, Cinderella the Remix and The Kennedy Center’s American Scrapbook, Knuffle Bunny (premiere, national and international tours) and Jason the Invincible.

As a hip-hop education advocate, Paige has shaped various educational workshops, including Props for Hip Hop at Arena Stage and Keep it Moving, at Wolf Trap. Both workshops help teachers to understand the fundamentals of hip-hop while incorporating the culture into their curriculum.