Suggested for Grades 6 and Up

Paige in Full is a visual mix-tape that blends poetry, dance, visual arts and music to tell the tale of a multicultural girl growing up in Baltimore, MD.  The production explores how a young woman’s identity is shaped by her ethnicity and popular culture, telling a personal, yet universal, story through the lens of hip-hop.

To create Paige in Full, sibling-duo Paige Hernandez (writer and performer) and Nick tha 1da (musician) worked with Danielle A. Drakes (director) and Bryan Joseph Lee (dramaturg) to develop a story that speaks to a dynamic hip-hop-influenced generation. Paige in Full draws upon a range of creative disciplines such as literary, musical and visual arts. The story unfolds on a backdrop of multimedia projections provided by Tewodross Melchishua. Paige in Full had its workshop production in December 2009 and its world premiere May 11-May 29, 2010 at the Mead Theatre Lab at Flashpoint.

“Her work was extraordinary – her show is smart, engaging, challenging, and relevant. The students laughed hard, got up and danced, went silent when the story turned serious, and stood cheering at the end.” 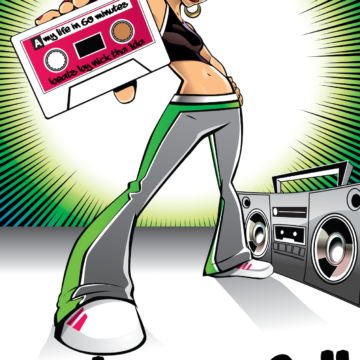 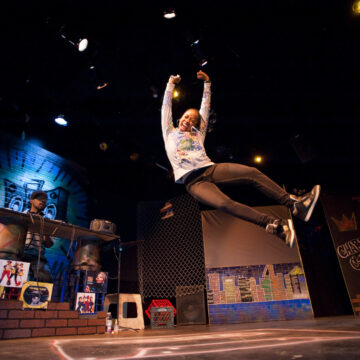 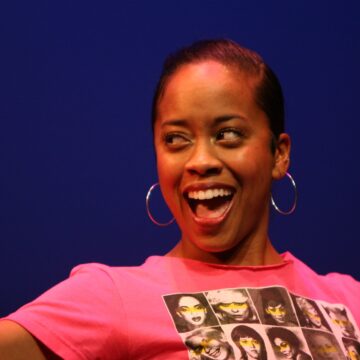