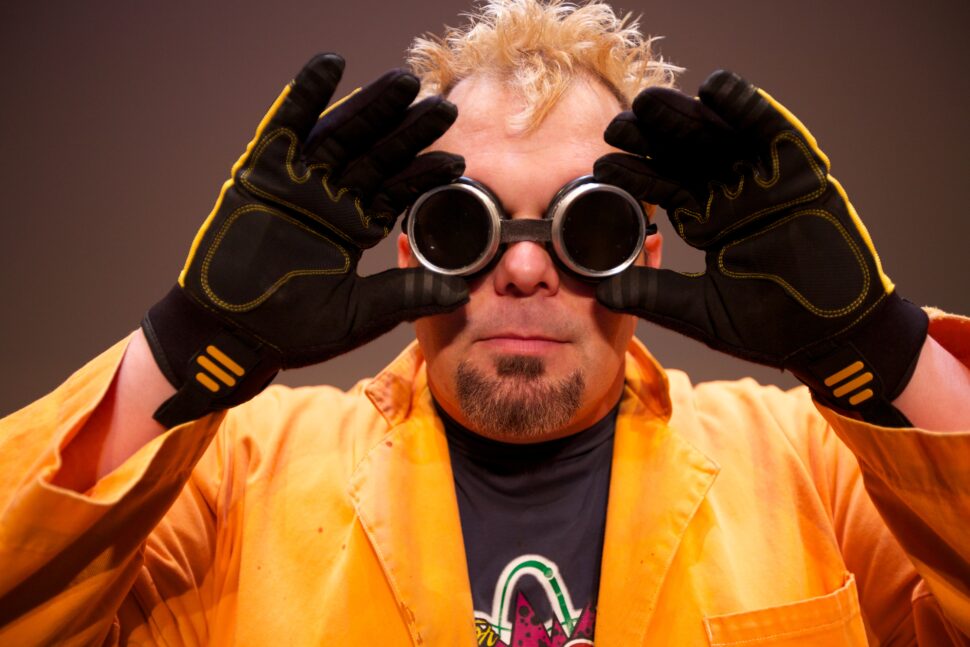 The Wheel of Science!

Look Out! Science is Coming!

“After a long year and a half without school day performances, our first back was the magnanimous show, Doktor Kaboom. We could not have been more excited as the energy from the audience and the Doktor was palpable. The lucky children attending this show, as well as the adults had a BLAST watching and learning from a true scientist, comedian, performer and great human. We couldn’t have been more thrilled to see the children have a sense of adventure unfold right in front of them. We can’t wait to have Doktor Kaboom back!”

David Epley, through the character of Doktor Kaboom! performs original interactive Science Comedy shows for audiences of all ages. Creatively blending theatre arts with the wonders of scientific exploration, Doktor Kaboom! keeps his crowds riveted with interest and rolling with laughter. Join Kaboom! for a sidesplitting journey of increasingly spectacular (and often successful) science experiments designed to involve, excite, educate, and entertain.

A native of Charlotte, North Carolina, David has been fortunate enough to discover two passions in his life.

Science, his first, took him to studies at the North Carolina School of Science and Mathematics. His second, performing, became his career, and for 20 years David has made his living writing, performing, and directing original interactive theatre across the US and Canada.

David is thrilled to be able to bring his passions together and honored to share them with you.  He considers himself quite fortunate to have found his calling in life, and blessed to be allowed to make a living doing what he loves.

David lives in Seattle, Washington, and is the proud papa of his teenage daughter, Jindalee.  He thanks his mother, Barbara, his father, Paul, and Annie, the love of his life, for their unyielding faith and loving support.